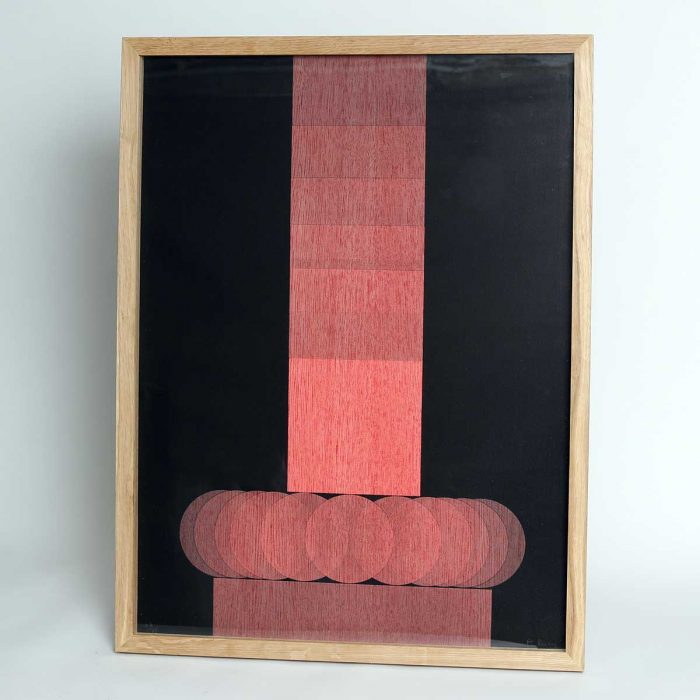 Pol Bury was born in 1922 in La Louvière, Belgium. At the age of 16, Bury began studying art, painting and drawing at the Academy of Fine Arts in Mons. During this time, he meets the poet Achille Chavée, a master of surrealism in Wallonia, Belgium. The poet invites Bury into the Surrealist group “Rupture”. Influenced by Yves Tanguy, Bury ad- heres, like many members of the group, to the communist ideology and paints his first surrealist paintings. He meets René Magritte, a Bel- gium surrealist painter in 1940 and starts working with him and Raoul Ubac, a French artist and takes part in the 1945 International Surreal- ist Exhibition. 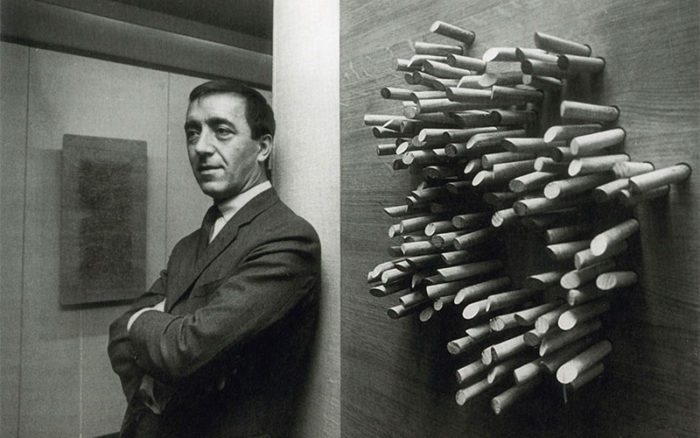 Starting 1946, he directs his painting towards abstract art. He goes beyond the representative, thematic and fixed way of painting Surreal- ists and reflects on the pictorial possibilities of color and form. This is greatly misunderstood by his surrealist friends and forces him to leave them. He joins a revolutionary Surrealist group founded by Christian Dotremont and Joseph Noiret in 1947, which merges quickly with CoBrA. From 1948 to 1951, he contributed to the writing and illus- tration of the magazine CoBrA, and participates in group-exhibitions. In 1950, a visit of Alexander Calder’s exhibition at the Maeght Gallery greatly influences him and later encourages him to practice sculptures.

In 1953, he gradually abandons painting and creates his first movable pieces, panels whose appearance depends on the angle of view. During this same year, he creates, with André Balthazar, the Academy of Montbliard. The new works of Pol Bury, which appear in 1955, are kinet- ic, works in movement; the movement being a “symbol of precision and calmness of a meditation in action”. Bury participates in the exhibi-

tion The Movement at Galerie Denise René in 1955. With selected materi- als such as wood, cork, stainless steel, brass and copper, he realizes his Multiplans, using various elements, such as balls, discs, and play of light.

He moves to Paris in 1961 where he hosted his first personal exhibition at Iris Clert’s gallery, in 1962. Bury begins his large series of Open and Closed Volumes in 1963. The following year he leaves for the United States, where he teaches for six months at the University of Berkeley and three months at the College of Art and Design in Minneapolis. In 1964, he represents Belgium at the Venice Biennale.

In 1976, he creates his first hydraulic fountain. Still inscribed in the kinetic movement, his sculptures, once silent, now make noise. Pol Bury never stopped designing new steel fountains, each more surprising than the last, using simple shapes, cylinders, spheres, half-spheres, triangles, for different institutions and places such as the Guggenheim Museum in New York or the gardens of the Palais-Royal in Paris.

From sculptures and works on paper to magnificent fountains, the art of Pol Bury defied convention and pushes boundaries.