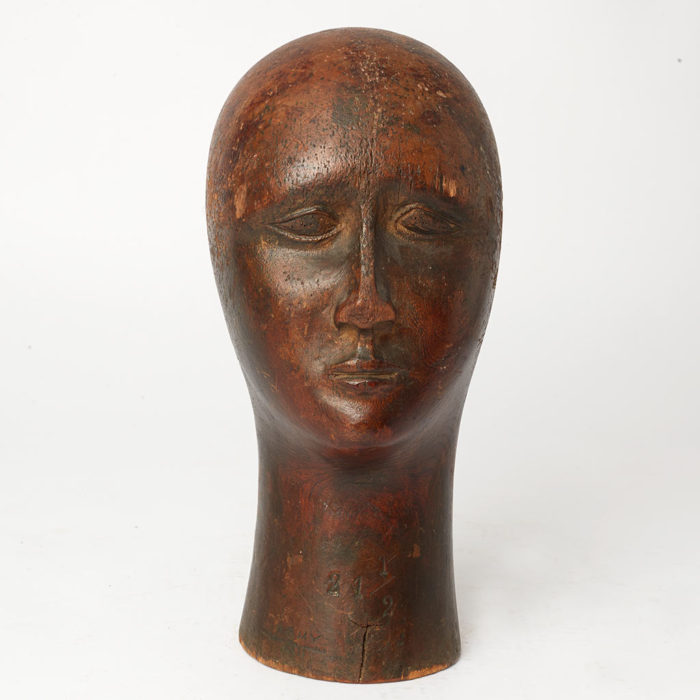 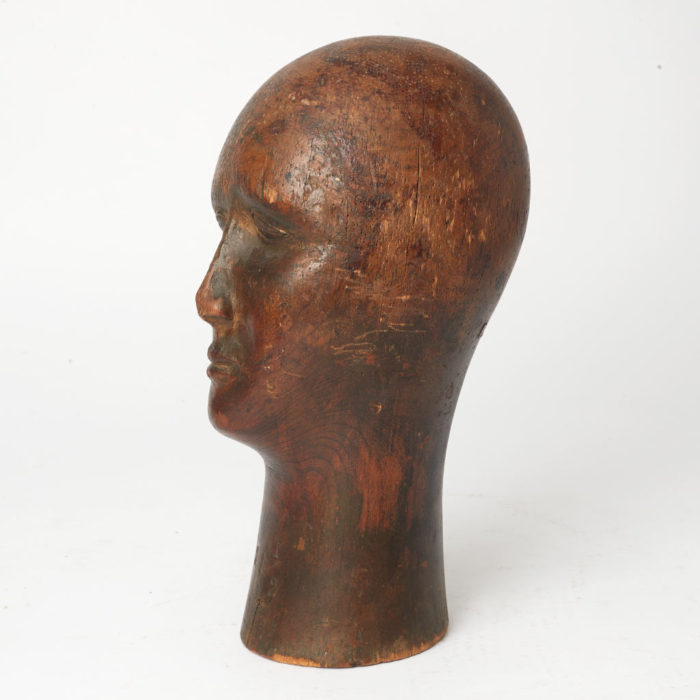 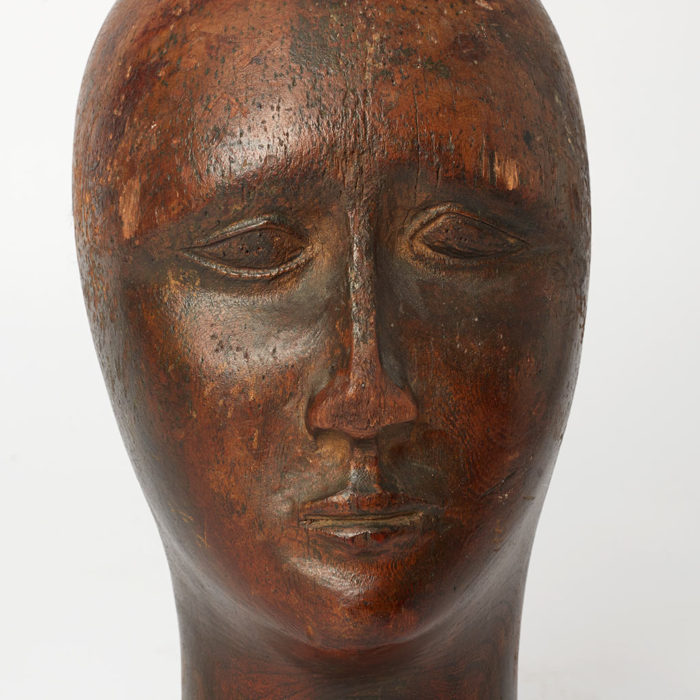 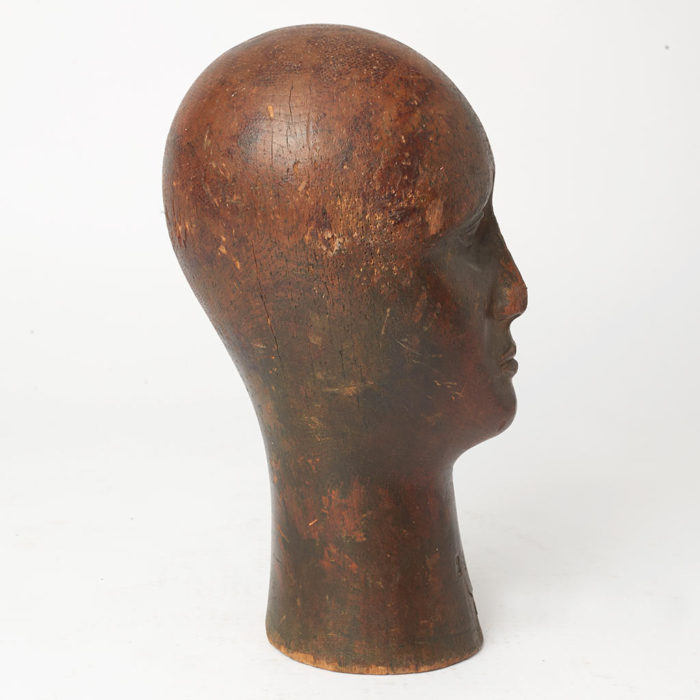 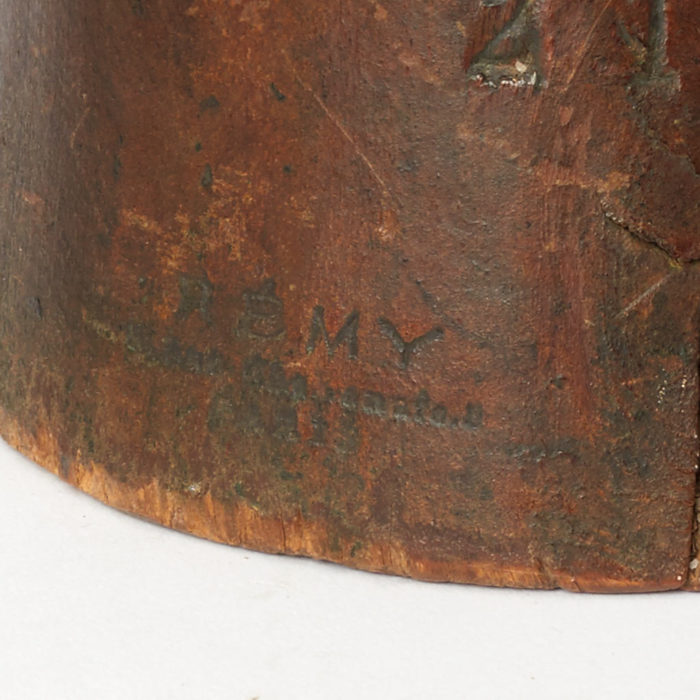 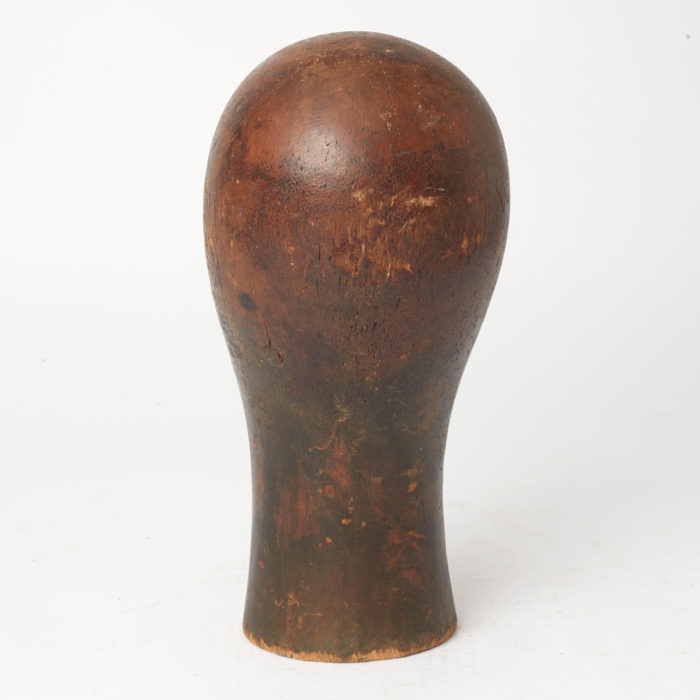 The rustic quality of this naively-carved head bespeaks of its folkloric utility. As the expression in French denotes, ‘marotte porte-coiffe’, these objects were designed to hold the shape of ordinary women’s bonnets and hats in the 18th/19th centuries. Though there are many extant models, notably the papier-mache ones milliner’s used to display their wares, this type is distinctive to the high French Alps region of Queyras. These marottes are ensconced in superstition; they served as guardians, who looked over the bonnets and the domicile of their wearers and makers, hence the frozen wide-eyed stares and pursed lips. The primitive angular carving of the head and facial features also reflects regional carpentry. The soft Alpine pine was first planed, then the design or decoration was traced on the object before it was whittled with a short knife. Queyras is part of the oldest mountain range in France and was not opened to public tourism until the end of the 20th century.