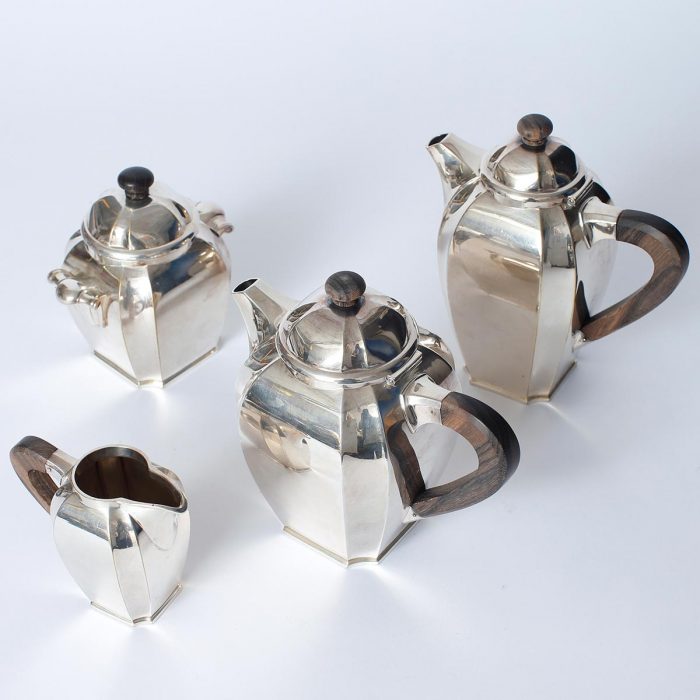 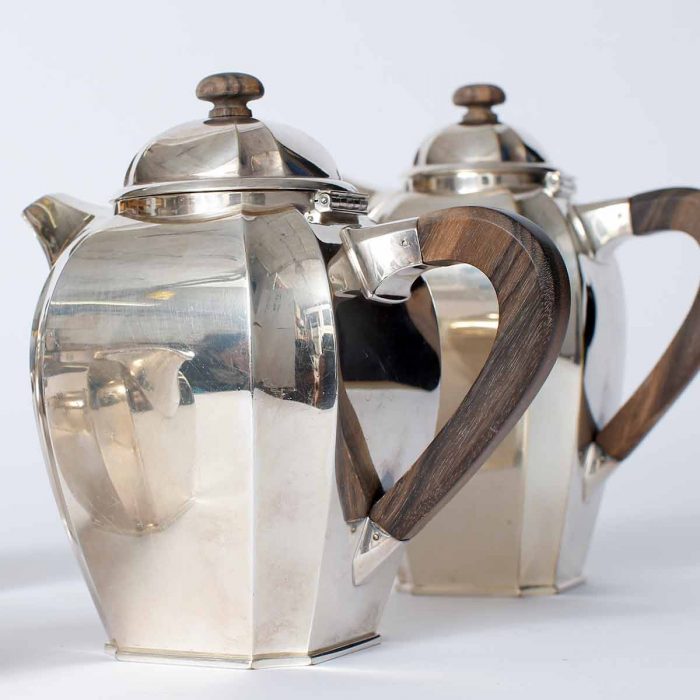 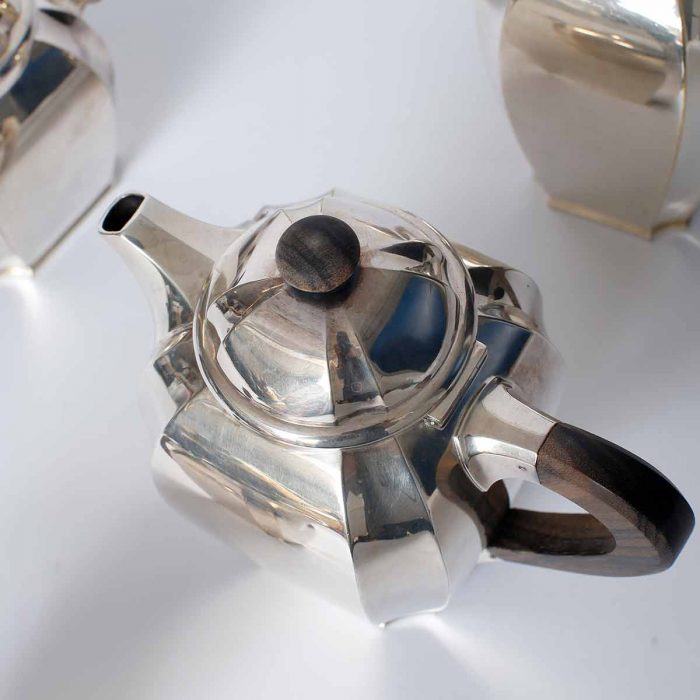 Louis Ravinet (1854-1925)and Charles d’Enfert (1865-1960) entered a partnership in 1891 and created what is today known as Ravinet D’Enfert. Throughout the 1990s the sons of the original founders took over, transitioning from generation to generation yet discontinued its activity in 1984. Some cutlery designs were taken over by today’s famous Produx Saint-Hilaire.

Ravinet D’Enfert is known for its silverware production, especially forks and spoons. In 1970, Ravinet d’Enfert produced Lignes Actuelles, designed by Bruno d’Enfert: it is a set of silverplated cutlery, dishes and table accessories. Roger Tallon contributed to the company’s models in designing Système 3T. In 1971 Bruno d’Enfert designed the tea and coffee service as well as the candlesticks and the table heater which are today at the Arts Décoratifs Museum in Bordeaux, France.

The silver platter tea set, with solid Macassar Ebony handles are considered to be from the Art Deco time, specifically from the 1930s.