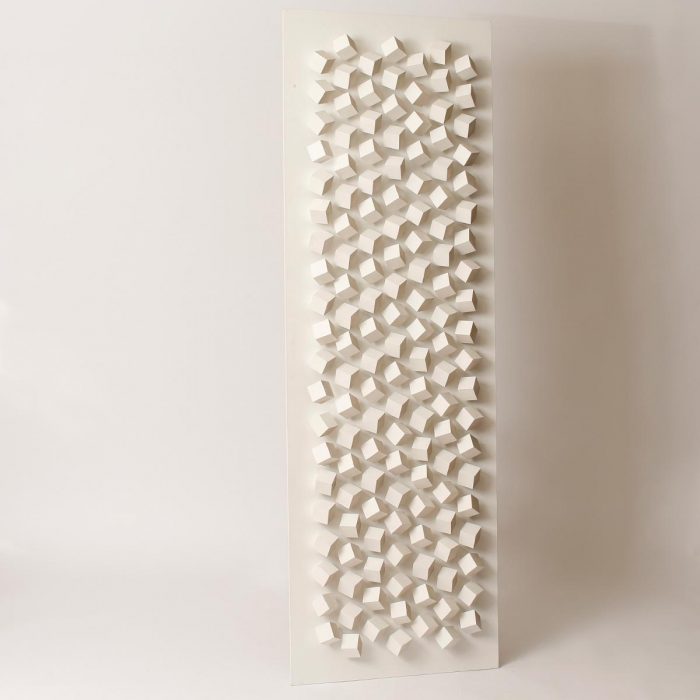 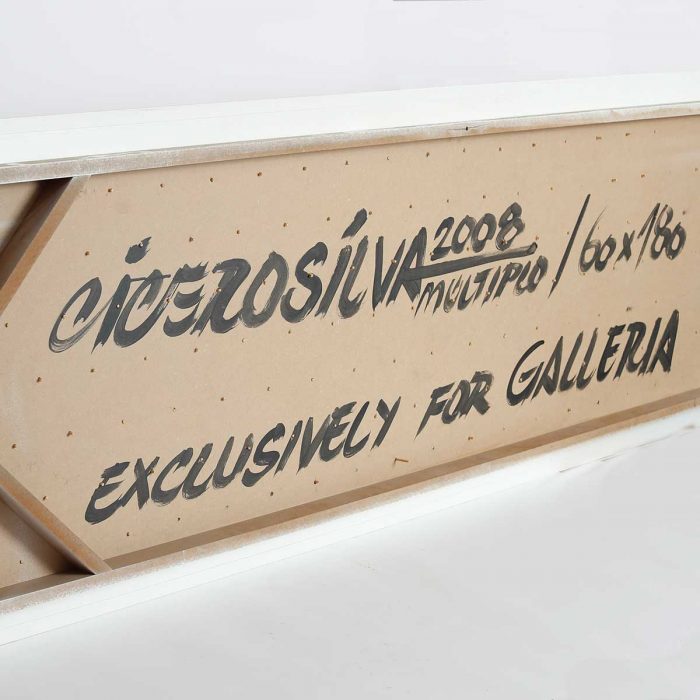 Cicero Silva is a Brazilian international artist known for his fresh take on Latin American Modern art. Silva began his art career as a designer for trade show booths. His profession brought him into contact with many demanding, high-level clients, whereby he would translate their business into models and interactive displays. Silva constantly worked with the idea of proportions and measurements, which ultimately lead him to pursue new trends and areas of expertise.

Silva now works with three-dimensional sculptures. He carefully paints wooden shapes in forms of cubes, cylinders, cones, etc. in order for them to be meticulously attached to a canvas-covered wooden backing.

As the shapes interact with the canvas surface, they form intricate geometrical patters and shadows, which are pleasing to the eye and engage viewers from all angles. With this new form of visual art, Silva has found a way to express three-dimensional art by combining various mediums such as shapes, textures, colors, volume and patterns – he truly is a man of many facets.