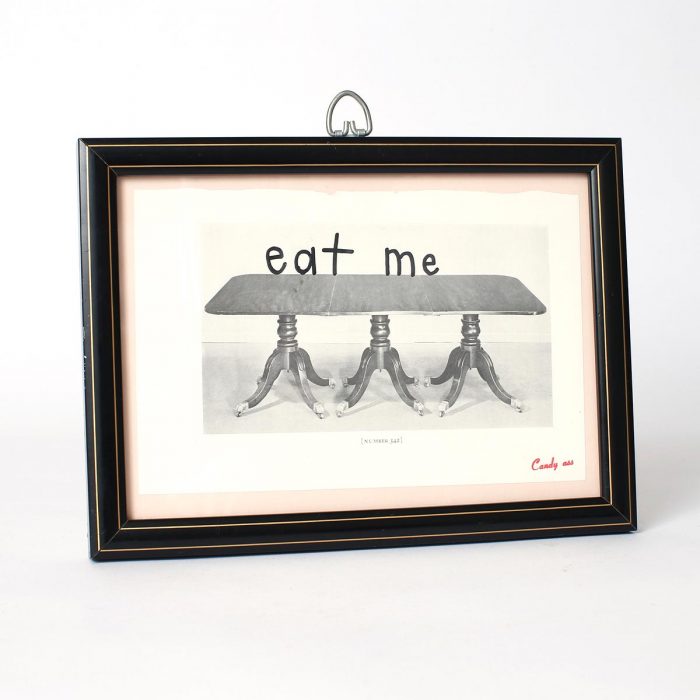 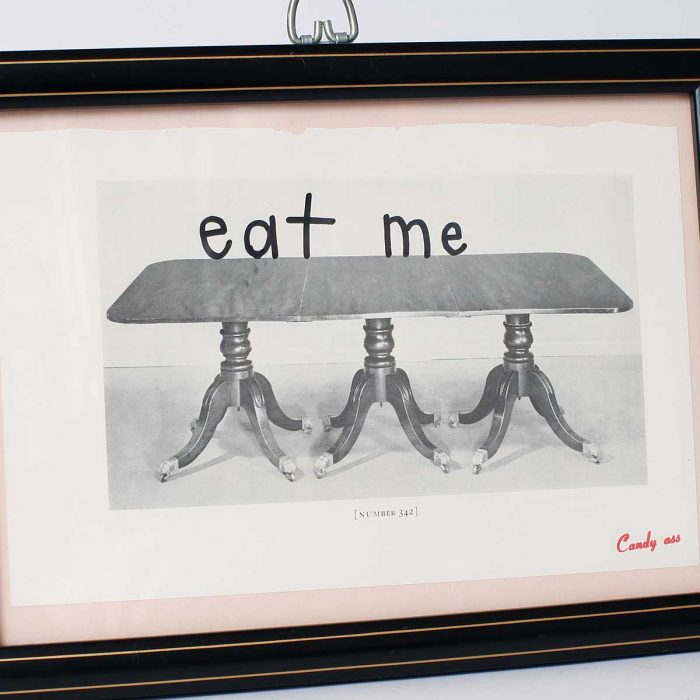 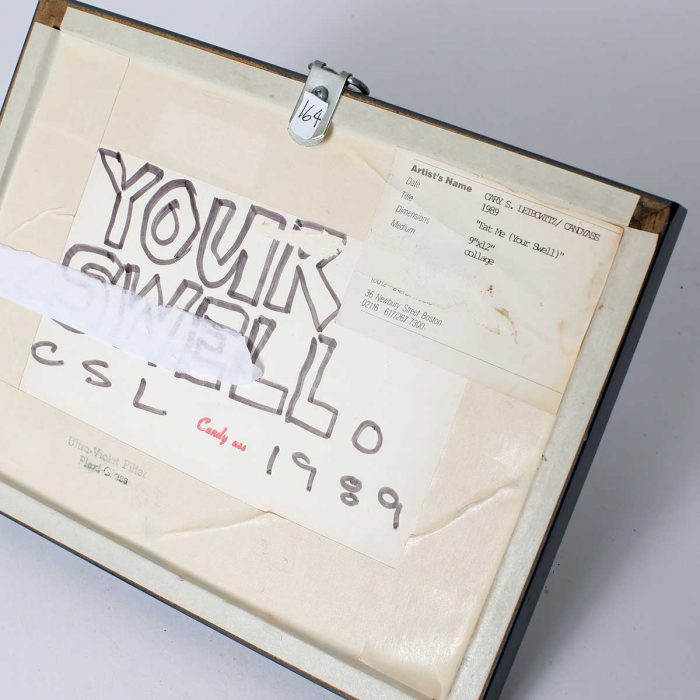 Cary Leibowitz, also known as Candy Ass was born in 1963. Since his emergence in the 1990s, Cary Leibowitz has styled himself as a self-loathing, reluctant artist. Through this cleverly crafted persona, he critiques the pretentiousness of the art world and the commodification of art. He also foregrounds his gay and Jewish identity, exploring how it places him outside of mainstream American society. His work—which encompasses prints, paintings, sculpture, and installation, is full of humor and pathos. He often incorporates everyday items such as mugs and knitted caps into his pieces, altering them with pointed text and arranging them into unlikely forms.

One might say, that he is a child of Andy Warhol and a brother of Sean Landers. He turns a persona of self-abasing narcissism into art, and art into a stand-up comedy routine. In the past he has filled galleries with text-paintings of one-line jokes written in a childlike script and multiples produced in preposterously large editions.

Leibowitz’s work can be found in the permanent collection of the Chase Manhattan Bank, the Hirshhorn Museum, The Jewish Museum, and the Peter and Eileen Norton Collection. 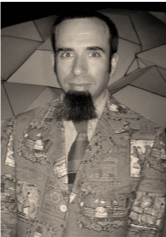