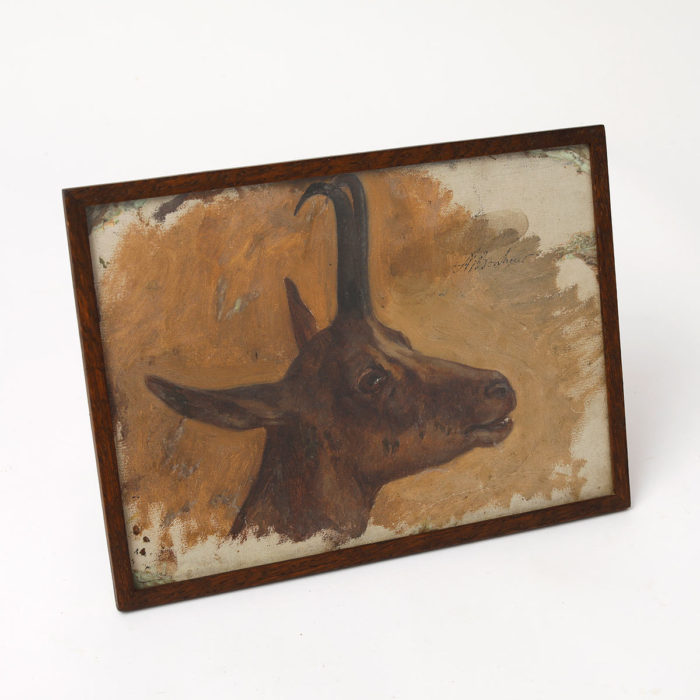 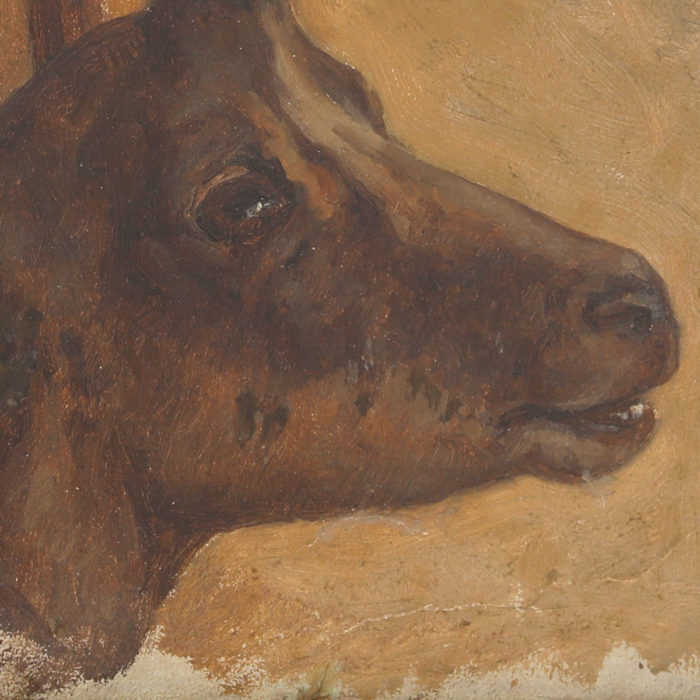 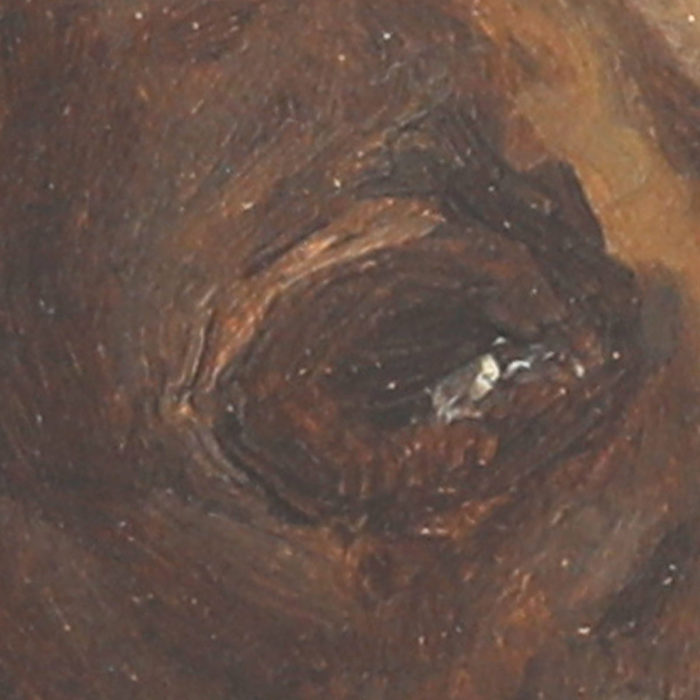 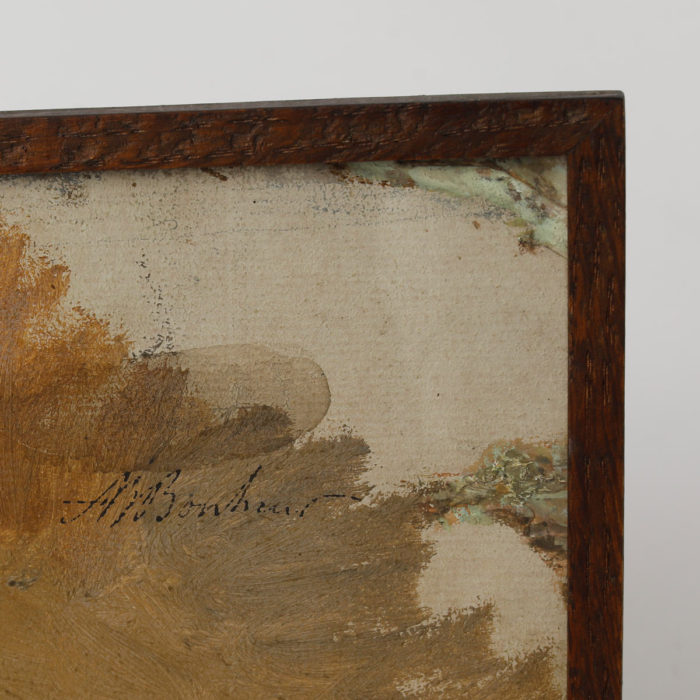 Auguste Bonheur was born 1824 in Bordeaux, France as the first son of the painter Oscar-Raymond Bonheur (1796–1849) and Christine Dorotheé Sophie Marquis (1797–1833). Auguste Bonheur was admitted to the École des Beaux- Arts de Paris in 1848 in the studio of Paul Delaroche. Like his renowned sister Rosa Bonheur, he became an animal painter.

Bonheur preferred the traditional and detailed painting style and received his education at his father’s atelier. In 1852 he won a third-class medal for his landscapes Côtes de Brageac (Cantal) and Environs of Mauriac (Cantal), and a first-class medal in 1861. In the 1860s he traveled to Scotland, where he painted Highland Scene with Cattle, a painting of the scenery of the Scottish lochs, which can now be seen in the Victoria and Albert Museum in London.

The Ruins of the Château d’Apchon, exhibited at the Salon in 1853, was purchased by the French minister of the interior on the advice of Rosa. The minister’s painting was bought in 1868 by George Holt of Sudley House under the title Landscape, Auvergne, and is still on display there. The La Sortie du pâturage was awarded a first-class medal, and as a result was included as a prize in a lottery run by the French government to promote the ownership of modern art. Auguste Bonheur was appointed a Knight of the Legion of Honour in 1867.

The poet and art critic Théophile Gautier visited the Salon of 1861 and noted Auguste Bonheur’s three paintings. Writing in Abécédaire du Salon de 1861, Gautier noted the similarity of style between Bonheur and Rosa, although Auguste’s landscape settings were stronger and purer in color, giving an impression of luminous sunshine. On balance, Gautier favored the paintings of Rosa Bonheur for their stronger brushwork.

During his lifetime Bonheur’s works were compared to those of his more successful older sister, the renowned animal painter Rosa Bonheur. This is believed to have had a negative effect on his career. Nevertheless, Bonheur’s paintings enjoyed popularity among British art collectors. In the Netherlands, the uncle of Vincent van Gogh, an art dealer also called Vincent van Gogh, owned one of his paintings.